Home Archives Profile Subscribe
What advice would you give to your younger self?
Making Progress

In her TED talk, Chimamanda Adichie discusses the danger of a single story. We can't understand any one particular issue if we only listen to one narrative.

It has been International Women's Day, and there has been a lot in the press about gender pay gaps, and so on. I've been trying to understand the 'issues' through the filter of my own story.

Mine is not a heart-breaking story. I'm not one of the 493 million women who are illiterate or who don't receive a secondary school education. I have choices. I am lucky.

But I am A WOMAN. And my story might resonate with some of you.

When I was about 7 - the age my daughter is now - I was obsessed with babies. 'Can we have another baby?' I would ask my mother. Then, one year later, we did. My younger brother was born, and he was the cutest. 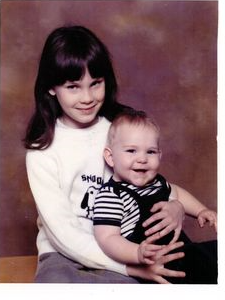 At university, my friend and I would discuss work and family. I was single - this was a couple of years before I met my husband - and jaded, and reading a lot of feminist literature. I wasn't sure that marriage was for me, but I absolutely wanted to be a mother, if possible. I was open to all the different routes - the traditional one, adoption, fostering, sperm donors. My mother had volunteered in orphanages in China and Hong Kong, and I'd met and fed some of those babies and knew how adorable they were. 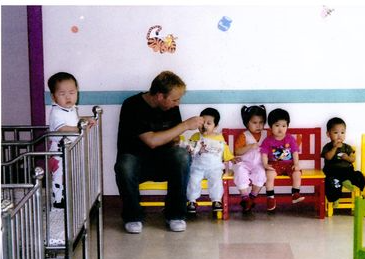 (These babies must now be in their late teens/ early twenties, so I hope they won't mind me using their images).

I didn't know what job I wanted to do. I'd dreamed of writing a novel since my early teens, I wanted to be involved with children - ideally as a mother - and I had a sense that I would do some other kind of work too, hopefully something 'worthwhile', though I didn't know what.

But what my friend and I discussed, in our late teens/ early twenties, was: how would we combine work and family? If we were going to get to have those children we hoped for, one way or another, how would we combine their care with our aspirations as well-educated modern women? What was the perfect solution?

As my friend said, 'we've spent all these years studying, should we just give all that up?' But we had been raised by our own mothers, and we wanted to pass on what they had given us - love, care, attention. Could we do that - to the level we wanted - in full-time 'career'-type jobs?

My mother was a full-time mother, and while I thought she'd done her job very well, I could see the limitations of 'only motherhood' when the children get older and leave the nest. I felt I wanted something more - something else.

However I was afraid of 'OVERWORK' - of giving up everything else I love to chase money and success, though I had to confess I wanted a bit of both of those, too.

My 'perfect' solution then, as now, was to seek a job that was as family-friendly as possible, and which would give me the option of part-time work, so that I could BOTH fulfil my own personal and professional aspirations, AND care for my children - at least part of the time. It seems I am not alone in this, as this article in TIME suggests.

I was drawn to jobs in the public sector, charities and education because I thought they would be more family-friendly. I didn't really consider working in law, finance, science, technology or other jobs that I thought would give poor work-life balance.

So the first issue is : JOB CHOICE. Or the limitations thereof.

I got 'unexpectedly pregnant' at 26. I moved to Denmark to live with my Danish partner - now my husband - and had our son in a Danish hospital. 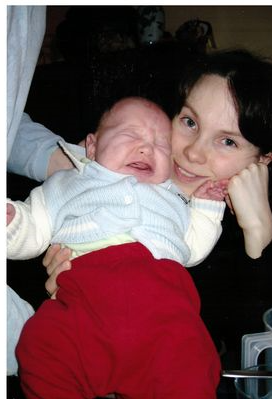 I had UK Civil Service maternity cover, and my partner had 14 weeks of paternity leave, provided by the Danish state and his employer. It doesn't get much better than that for any couple, anywhere.

When, after 9 months, I returned to work for financial reasons, we shared the 'work' of nursery drop-offs and pick-ups, both of us working 'flexible hours'. Plus we each had 6 weeks holiday a year. Oh, and the nursery care was some of the cheapest and best quality of anywhere in the world, staffed by 'pedagogues' who had trained at university for 4 years.

[Danish women have the highest employment rate among women in EU countries.]

We moved back to the UK, (then later to Switzerland, and back to London) and the story changed.

The full weight of childcare fell to me. As well as working reduced hours, I did all the drop-offs and pick-ups, adding an extra 1.5 hours to my commute each day. If our son was sick, I took time off. I did bedtimes, and early mornings. Our roles became polarised, specialised. The DIVISION OF LABOUR set in.

So the second issue is: WHERE ARE THE DADDIES? 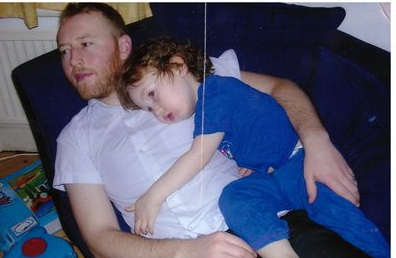 When I had my second child, I decided to quit work. Partly because it wasn't the right job for me, and partly because, with 2 young children in day care, I would PAY TO GO TO WORK every month. You've got to seriously love your job to want to pay to do it.

So the third issue is: EXORBITANT CHILDCARE COSTS (in the UK, at least).

In some ways it was a relief to quit work and focus on only one 'job'. I am not a natural multi-tasker. It was nice not to get up and out and rush around to fit everything in. Plus I felt that the work I was doing at home was valuable.

But eventually the kids start school, friends go back to work, and the fourth issue emerges: THE PAIN OF RE-INSERTION.

I think anyone who has been out of work for several years can identify with this issue - the can I? should I? will they want me? what am I good for?

And if you can't go back to what you were doing before, because it doesn't fit with family life, or because you are no longer qualified after a career break, there is issue five: the COST OF RE-TRAINING.

And there's something more, something that's not often spoken about. The do-I-really-want-to-leave-my-familiar-own-domain-in-which-I-am-boss-to-go-work-for-someone-else? question.

Lots of women solve this by becoming enterpreneurs, small (or large) business leaders, working for themselves. Some decide to stay home forever, volunteer, or do some kind of work that stimulates their brain and/ or creativity but doesn't necessarily generate a big income.

Which brings me back to the understanding that this is MY STORY, and that I am lucky. I had choices. Each woman's story is different.

I have missed 'working outside the home' the past 8 years, but I've had interesting projects to work on in the meantime. I've tried to approach my parenting work and home work with a spirit of curiosity - trying to learn what I can about myself and life under this particular set of circumstances, what I can extrapolate from that.

I've been lucky my partner has been able to support us all financially throughout the process. Had that not been the case, my choices would necessarily have been different. In some family situations, specialisation of roles works well, in other cases, not so much.

What is your story? aka The Writing Parent.

Fascinating topic! I feel deeply grateful that my husband is able to support us financially while I do very part-time creative non-lucrative work, and that he has always supported my choices - and YET I also feel kind of resentful that he's never had to juggle / balance anything. He has a great career, and a wife at home to handle all the messy domestic stuff... Every time I do work, I have to arrange child care, and then worry that one of my kids is going to get ill, or the nanny will, or the nanny's kids. I'm sure this type of worry has NEVER entered my husband's head... See, not sounding so grateful anymore! ;-) On the other hand I often feel sorry for my husband that he has missed out on so many precious moments with our kids... I don't know, I think there is no right answer to this one, just a whole bunch of different stories, as you say... And indeed we should be thankful if we are in any way the author of our own story - the worst would be to have no choice at all.